Welcome to the Helen Hamilton Scholarship 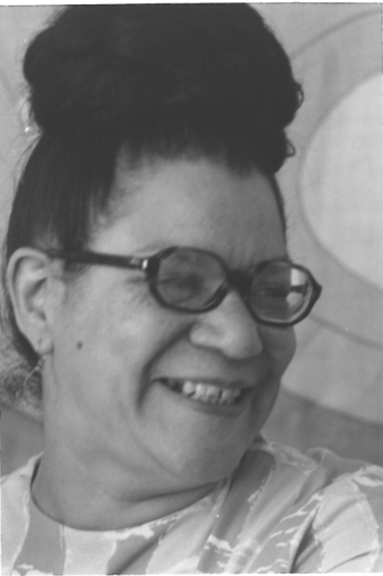 Why this Scholarship was created

If you are lucky enough to live a full life you will have interacted with thousands of people during that time. Many of those you interact with will not leave much of a footprint. But some will and a fewer number will leave a profoundly positive and lasting impression. That is the kind of person Helen Hamilton was.

I met Helen in the mid 70’s when I began working at the Housing Allowance Project (HAP). As HAP’s Deputy Director, she oversaw all of its programs. It was my first experience working for an African American woman, which back then was not that common an experience. Helen was a trailblazer in so many ways: as a grassroots community organizer, an advocate for better housing conditions, an agency administrator, as well as a wife and mother, Helen worked tirelessly for the benefit of others within and beyond Springfield.

Helen came to mind as I was reading an article a few years back about how the River Valley Market formed “co-op hero awards” and named them after another former colleague of mine Austin Miller, who passed away. It occurred to me at that time that Helen deserved some form of permanent remembrance as well. But, how?

I have always been a strong believer that higher education is an important tool for people wanting to get ahead in life. Creating a scholarship would be a great way to help someone pursue their education and honor a person who had contributed so much to others during her lifetime. I needed to figure out what it would take to create a scholarship that would last a lifetime so I reached out to the Community Foundation of Western Massachusetts. I was no stranger to the Foundation as it provided my daughters with grants and loans during their college experience which turned out to be enormously helpful. Also, I wanted nothing to do with managing the money or selecting the students so the idea of a respected organization willing to take on those responsibilities was sweet music to my ears. My job was to raise the $25,000 needed to create an annual $1,000 scholarship.

It’s was an interesting experience, to say the least. I was not a neophyte when it comes to raising money so I knew the challenges involved and I knew what it can entail but I also knew that starting a scholarship for someone who passed away thirty years earlier would be a special challenge. There were times when I questioned my own sanity during this process but for the most part it was a very rewarding experience, mostly because the people I reached out to for donations knew and remembered Helen and wanted to honor her memory as well. Needless to say, I reached the $25,000 goal at the end of 2013 and now the scholarship is a reality with the first expected $1,000 award in the spring of 2015.